Welcome to the 2022 edition of the Diaries.  This will be our first ever pre-draft edition, so lets get to it.  The commish has heard your concerns, well let’s be honest..due to incessant bitching,  we’ve opted to add a twist to this year’s format.  I feel pretty confident that we’ve perfected the current format where you can stash players as long as you field a complete team.  This year the  vamp will choose in advance the player he is coming for on his opponent’s roster and if he defeats his opponent he will be allowed to force a trade surrendering a player from his starting lineup that plays the same position for said chosen target.  Some of you are slow (yes Fapsilvania I’m looking at you) so read that run-on sentence again. That’s right, no stashing this year.  Fittingly, Craig was picked as the vampire and will reap all the benefits of the new twist after setting off a shit storm with last year’s historic “stash-win”.

Another tweak this year is that there will be a 24 hour review period on trades by commish-appointed special master (or whoever chimes in at the 1227 taproom).  The honor system obviously a failure,  but I can’t say I’m surprised.  Our sole aim is to defeat and humiliate each other.  Besides, the Bela Lugosi trophy is pretty sweet.  Anyhow,  not nitpicking trades, just show that there is a value to both parties, no trades when you are all but eliminated, and yes, 4pm trades are “pushing it”…although there was value there.

Draft wisely gents.  You have been provided my wise council in the past but I feel compelled to give you this reminder (see “slow” above): check byes, the week you play the Vampire, and draft 2 players at all positions.  Not that anyone ever checks the gold from the website, but there’s a page labelled “strategy”.

No puns or themes on the pre-season Diares…don’t want to pull a hammy.   Just know that I’ll do my best to provide midweek must-read entertainment and most importantly, annoy Scotty. 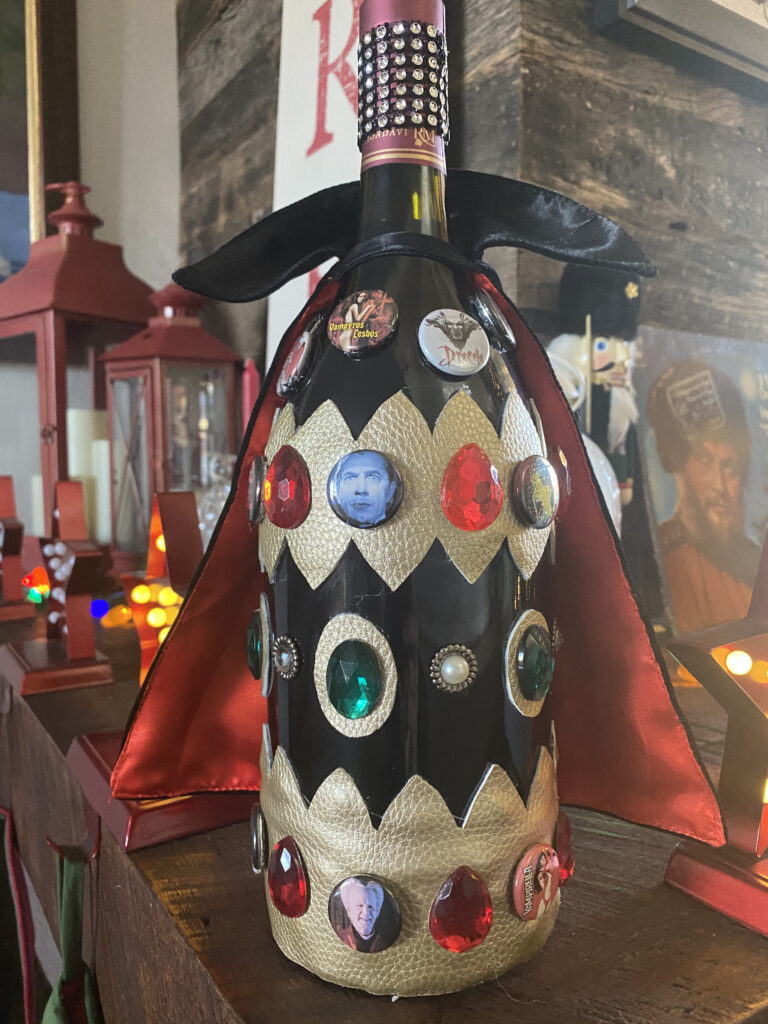 zero.zero…fat drunk and stupid is no way to draft.  Yeah Akers was a kick in the yamsack, but Diggs and the rest of Delta Delta Helsing hung on to squeak by the Fangless Bus who’s GPA was somehow lower.  Final score: 100-97.   Seven years of fantasy down the drain Sean, might as well join the fucking peace core.

Well the vamp had a rough initiation.  Brian woke up all hung over from his 2021 last place finish just in time to stumble his auto-draft lineup across the the finish line 98-74.  And what’s up Craig?  You protesting vampire pledge names?  That’s so last year.  Your pledge name is now Count Pinto.  Why Pinto? (burp)…Why not?

Reigning champ Jay couldn’t claim legacy and Floundered (first official pun of the season) to an 0-1 start.  Menstrual Vamp’s worthless and weak wide receivers now on double-secret probation.   The Bears Den with a very impressive 118-107 win despite a zero.zero from scratched Dobbins.  If you’re looking to score from the flex Mitch, you might want to pick up HOF cougar Mrs Dean Wormer from the vegetable waiver aisle…or just check inactives before breakfast zipperitas.

New pledge Casey jumped out to a quick lead, but was it over when the German’s bombed Pearl Harbor?  Hell no!,  Tuanfinity and Beyond came storming back and put up the week’s top score 153-123.  Lucas obviously still refusing to vampify his team name…Pixar?  Might as well name your team after your kicker.  Click here for the Tuanfinity fight song.

Do they have toga parties in the hood?  Straight Outta Coffin and the Adams Family (love the name Scott) were up all night doing keg stands and scoring points.  Thirty points from Saquon the difference as Ruben takes the win 129-110.  Year 1 champ Ruben has had a rough couple of seasons since, but looks strong out of the gate.  Scotty, my advice to you…start drinking heavily.

Week one in the books gents…Toga!Toga!Toga!

Next up for the Vamp: Lucas and Tuanfinity and Beyond

This week’s diaries are dedicated to that rag-tag band of rebel underdogs that beat all the odds and came back to defeat the evil empire.  Also a Star Wars theme might get Scott to finally admit he actually reads the diaries. The Crown theme will be making its debut later in the season, but I’ll need his assistance since my man card becomes void if I were to binge it myself.  Let’s hit it:

Current ruler of the vampire galaxy, Lord Darth Jay-der and his menstrual storm troopers jumped out to what seemed like an insurmountable lead over the commish’s rebel forces. Jameis connecting with more Bucs than when he actually played for Tampa.  But as the NFL showed us this weekend, “nothing is over until we decide it is” (I do love mixin’ themes).  Diggs tapped into the force on MNF scoring 3 TDs and 39 points.  Final score: iVan Helsing  126-117 over Menstrual Vamps.  Plot twist Jay…I’m your Daddy!

Well it appears that Hotel Fapsylvania has Jar-Jar Binks setting his lineup.  Brian’s bench outscored his starters 116-92.  But in the end, it made no difference as Mitch’s Death Star-ters blew Hotel Alderaan to bits 150-92.  Are we witnessing the rising of a new order?  Newly minted Fangin’ with Mahomes (kudos on the name change) put up the week’s top score and looks primed to dominate the vampire-verse.

Young padawan Casey has much to learn in his jedi training.  Score positive points you must, if wins you seek.   This matchup was like watching C-3PO slap fight himself as neither team cracked 100 pts.  Ruben’s Coffin prevailing after the glitter settled 97-76.  SOC silently 2-0.

In a Clone War of mediocrity, both Scott and Sean also failed to top 100 points.  The Fang Bus prevailed despite no hyperdrive to speak of 95-94.  Yes it was close, but this one was about as exciting as watching the ewoks defeat inept empire troops with lame forest booby traps.   Of note, however, Scotty finds himself frozen in carbonite with an 0-2 start (insert evil Jabba laugh).

And that brings us to the vamp, playing up the Count Pinto pledge name and now known as Count Pint-o Blood…touché.  Unfortunately he ran into hotter-than-2-suns-of-Tatooine Tuanfinity and Beyond losing 145-90.  Oddly enough team Disney is thematically appropriate in many ways for our Star Wars edition of the diaries.  Lucas’ squad riding Lamar’s 42 pts to another impressive outing and sending Craig back to Mos Eisley Cantina in search of the right combination of bounty hunters.  Lucas meanwhile is on top of the league standings proving that his parent company is the true evil empire.

Next up for the vamp:  Ruben and Straight Outta Coffin 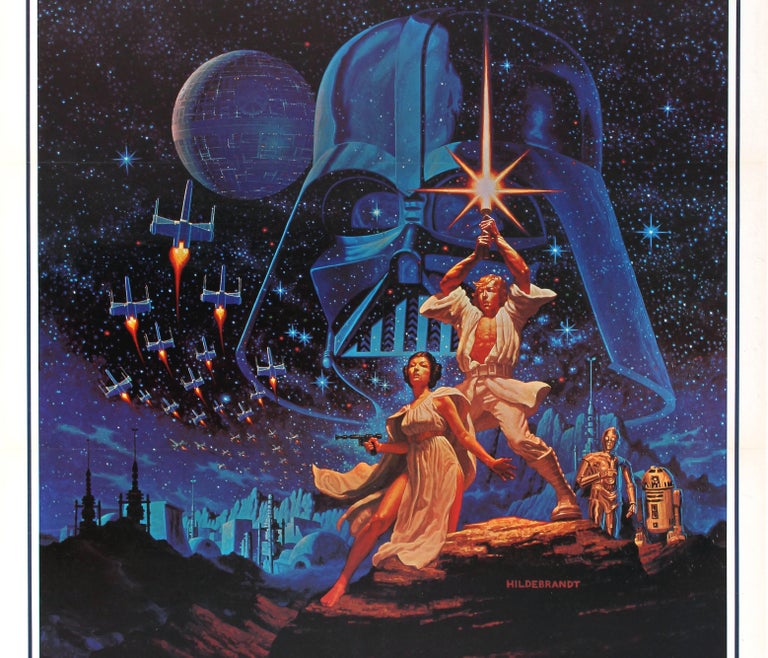 You guys might not know this, but the commish has always been a bit of a FFL loner, I tend to think of myself as a one-man wolfpack.  But then I decided to expand my pack, and invited friends to share in my Sunday misery, 10 of us running around in the desert together, in Phoenix, looking for strippers and cocaine…wait a second, could it be?  Yes, its the Hangover edition of the Diaries…and we’re the 10 best friends that anyone could have.

The vamp looking to steal Jonathan Taylor from Ruben’s satchel, instead took a Mr. Chow crowbar beating 100-60.  Craig leaves the hood winless, empty-handed and missing a fang.  Straight Outta Coffin is now 3-0 looking to reclaim the Bela and dish out some of the bad beats he’s had from the last 2 seasons.  “Not so good now?  Quid pro quo, douchebags!”-Ruben

Sean woke up this week dusting off his baby bjorn (congrats on the insemination, glad to know your boys can still swim).  Your running backs, however, are shooting blanks.  Casey meanwhile put together a solid game behind J. Hurts’ 28 pts and was last seen running around random east coast breweries with no pants on celebrating his 1st win in the vampire league 99-76 over the Fang Bus…seriously Casey, would you please put some pants on, I feel weird having to ask you twice.

The commish was hoping to keep the luck running on an undefeated streak and pull out a win over likewise 2-0 Mitch. Unfortunately for Helsing, Bengal Mixon was locked in the bathroom on 3 red zone tries from inside the 5.  Fangin’, despite leaving Cordarelle’s 22 points on the bench, could see the victory coming in the air that night…wait, thith ith Mitch’s favorite part coming up right here: ba-da-da-da-da POW! the commish KO’d 95-85.

Jay still in Chompionship hangover mode at 0-2 faced off with Scotty who also can’t remember what a win feels like. This was the feature matchup of the week with both teams putting up big points.  It came down to Zeke v CeeDee on MNF, where top-scoring team of the week Menstrual vamps tasered the Adams Family… in the face! 135-122. Scotty is left at 0-3, looking for directions to the Little Chapel of wins.  I know how to get there buddy, its at the corner of get a map and f*ck off.

Lucas and his Pixar posse completely trashed the Emperor’s suite at Hotel Fapsylvania, cashing out win three 127-86 over Brian (Lamar Jackson with another 40 pts).  Wow! Tuanfinity is absolutely killing it, eating up his opponents like a well-peppered steak.  Note to all: Tigers love pepper, they hate cinnamon.

Well that does it for week 3 wolf pack.  And remember, what happens in the Diaries, stays in the Diaries…except herpes, that shit’ll come back with you.

Next up for the vamp: Sean and the Fang Bus

Will the Vamp make his first kill on the Fang Bus?  Can anyone stop Lucas and Lamar?  Will Scott force feed the commish a cold dishful of revenge…Reply hazy, ask again later